Bryan Cornell - Athlete
Bryan Cornell has been recognized for his achievements in the sports of football and baseball, both while attending West Allegheny and Duquesne University.
During his high school football career, Cornell’s achievements include being named: first-team all-state defensive back, first-team Three Rivers Conference defensive back, first-team running back, Three Rivers Offensive M.V.P., and a Pittsburgh Post-Gazette Fabulous 22 selection. Cornell’s baseball accomplishments include being named to first-team all-section for three years, with career records for batting average, hits, stolen bases, runs scored, walks and triples. Cornell continued a long family legacy of sports excellence while a student at West Allegheny.
Cornell was also recognized for his athletic accomplishments while attending Duquesne University. He was a member of the 1995 ECAC Bowl championship team. He was also a four-year starter with the Duquense baseball team, and named to Don Hansen’s First Team All America team his junior and senior years. He was also named an ESPN Defensive Player of the Year Runner-Up. 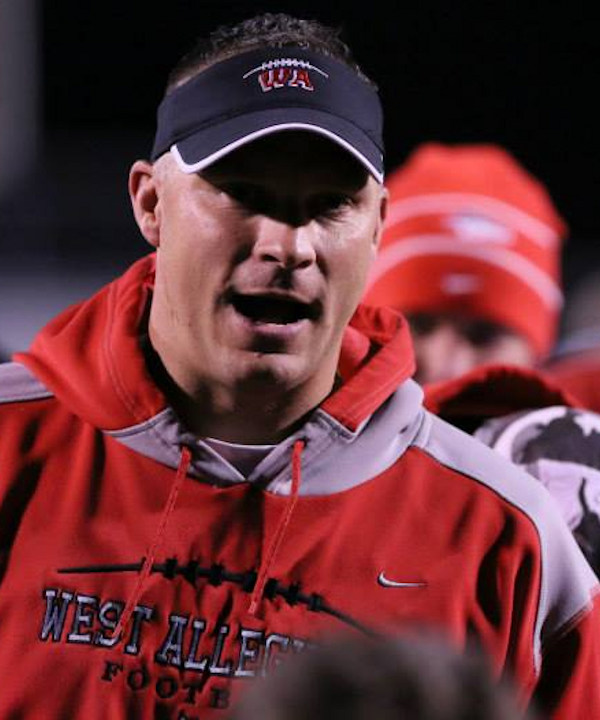 Mike Johnson - Athlete
Mike Johnson has been recognized for his wrestling accomplishments at West Allegheny and Delaware Valley College. While attending West Allegheny, Johnson’s wrestling record totaled 130 wins and 12 defeats. As a result of his success, Johnson was named three-time section champion and two-time WPIAL champion. He finished third in the PIAA championship, and was the 1990 Dapper Dan Wrestling Classic winner.
Johnson was also recognized for his athletic accomplishments while attending Delaware Valley College. His college wrestling record totaled 48 wins and 11 losses, capturing the MAC championship and eastern regional championship four times. He also earned NCAA All-America honors twice.
As he looks back on his prolific wrestling career, Johnson is most proud that he has been able to effectively apply his vast wrestling background and experiences as the head coach of West Allegheny Wrestling to his young athletes.

Scott Patterson - Athlete
Scott Patterson has been recognized for his baseball accomplishments while playing for West Allegheny, West Virginia University, and at the professional level.
While attending high school, Patterson earned season pitching records for strikeouts (second), E.R.A. (sixth) and innings pitched (fourth). In addition, Scott held pitching career records for wins (fourth), strikeouts (fourth), ERA (second) and innings pitched (fifth). Patterson also earned season hitting records for doubles (second), hits (37th), homeruns (third), walks (eighth), RBI’s (11th), and batting average (11th). His career records also include hits (13th), doubles (eighth), homeruns (sixth) , RBI’s (11th) and batting average (.465).
After assembling an impressive interscholastic career, Patterson continued into professional baseball, signing a contract with the New York Yankees. He played at all minor league levels, and eventually pitched at Yankee Stadium. His professional career has also included playing baseball for Team U.S.A. in the World Cup and Pan Am Games.
Despite his many baseball accomplishments, Patterson is most proud of the fact that he was named to the dean’s list for his academic accomplishments while a student at WVU. He says he is proud that he was able to achieve success in the classroom, just as he did on the pitcher’s mound. 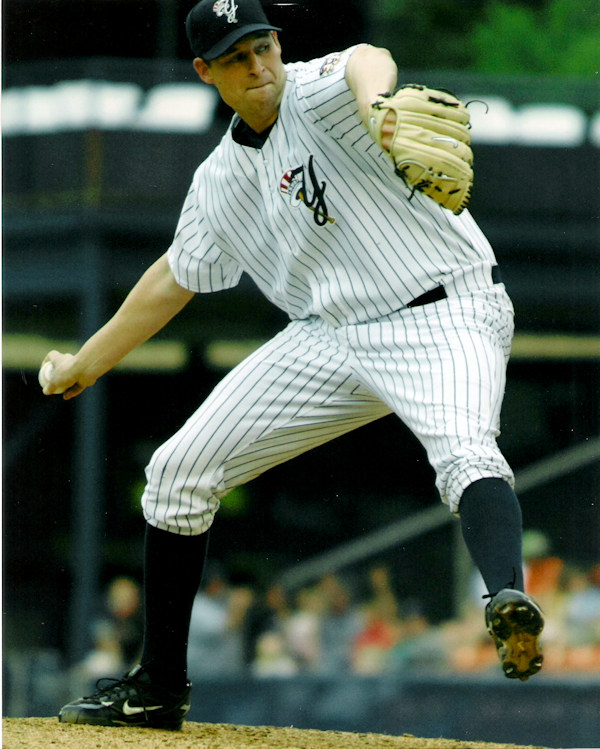 Capt. Michal Polidor - Athlete
Capt. Michal Polidor was a highly successful goalkeeper for the West Allegheny Hockey team, the valedictorian of his graduating class, and a standout athlete at the United States Air Force Academy.
After playing junior hockey for the Boston Bulldogs for one year after high school, Capt. Polidor became a four-year letter winner in ice hockey, and was named an N.C.A.A. Academic All American while attending the Air Force Academy. During his three years as a college starter, he also earned third place in career history record for goals-against, fourth place career record in saves, and fifth place with 96 career games played for the academy.
Since graduating from the academy, Capt. Polidor has logged more than 1,500 flying hours, including 420 combat flying hours in the B-2, F-15E, T-38 and T-37 flying crafts. In January of 2008, and August of 2009, Capt. Polidor was deployed to Bagram Air Base, Afghanistan, where he flew an F-15E aircraft in support of Operation Enduring Freedom. During his short career, Capt. Polidor was awarded the Distinguished Flying Cross, Air Metal with 4 Oak Leaf Clusters, Air Force Commendation Medal, Air Force Achievement Medal and Combat Readiness Medal. He is presently stationed at Whiteman Air Force Base in Montana, were he serves as an instructor pilot of the B-2 Stealth Bomber. 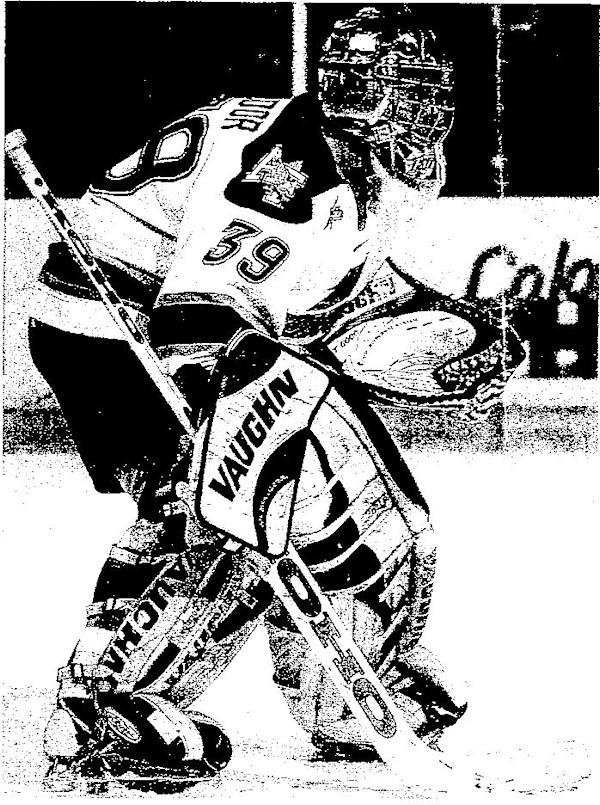 Robert Darrell Wilson - Athlete
Robert Darrell Wilson has been recognized for his wrestling accomplishments while attending West Allegheny.
Though local residents may recall that Wilson had an outstanding four-year wrestling career, his existing official school records only document three of those years. According to those incomplete records, Wilson totaled 54 wins and 7 losses. Though he competed at 103 lbs. his freshman year in 1955, and moved up to only 112 lbs. his sophomore, junior and senior years, his success on the wrestling mats earned him the uncontested title of “Mr. Wrestler, 1959.”
While recalling his wrestling experiences, Wilson said that wrestling at that time was considered a “total team effort.” He related that his team was less interested in individual accomplishments than the success of the entire team.
However, he emphasized that the goal was not always easy for team members to achieve, as they were forced to practice in the girl’s locker room, and could only practice for one-and-one-half hours, as most every team member had to work after school. This sometimes meant they had to “thumb” their way to work.
After graduation, Wilson served in the Army as a crew chief on an L-20 utility plane, and returned home to eventually become a life-long West Allegheny area resident. Today, Darrell and his wife, Jan, live an exciting life, as they actively travel, camp, ride air balloons and even ski dive. 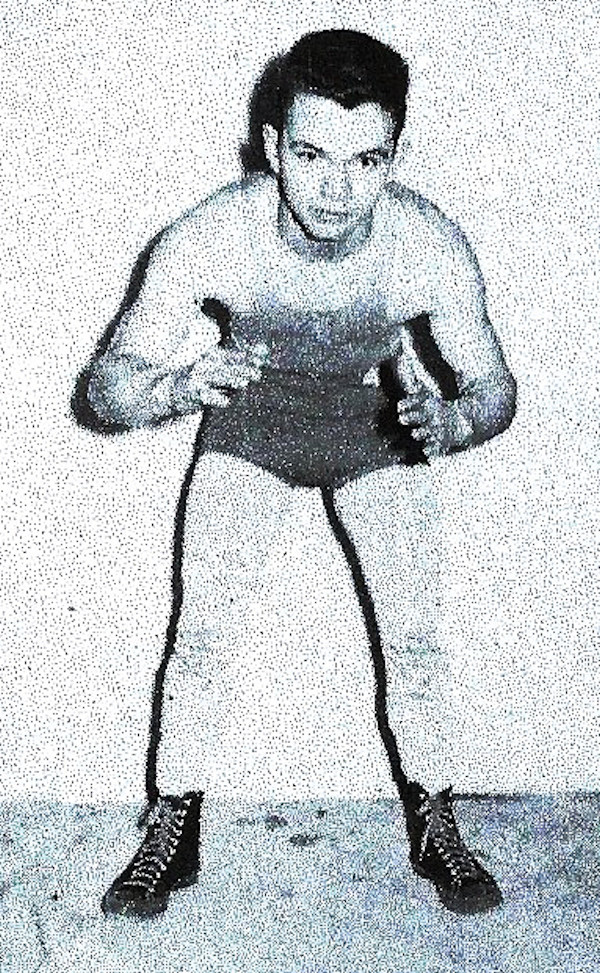 Richard H. “Dick” Glovier - Athlete
Dick Glovier was never considered a successful high school athlete, or coached a winning high school team. Instead, he was respected within the community for his invaluable promotion and chronicling of West Allegheny sports programs over the course of 40 years.
Glovier, who passed away last year, is especially remembered for his many news articles promoting the importance of school athletics, and the success of the individual athletes who participated in West Allegheny programs, at a time when few paid attention to them. Glovier took great satisfaction and personal pride in reporting the successes of West Allegheny sports programs in local publications, including The Town and Boro News, the Record-Outlook and Record-Enterprise, the Beaver County Times, the Allegheny Times, and since 2000, Allegheny West Magazine. His faith and undying support to consistently promote the importance of West Allegheny’s athletic programs helped keep them relevant in the public eye until their success ultimately made them an integral part of the present day school community.
Glovier passed away on September 9, 2013 at the age of 83. 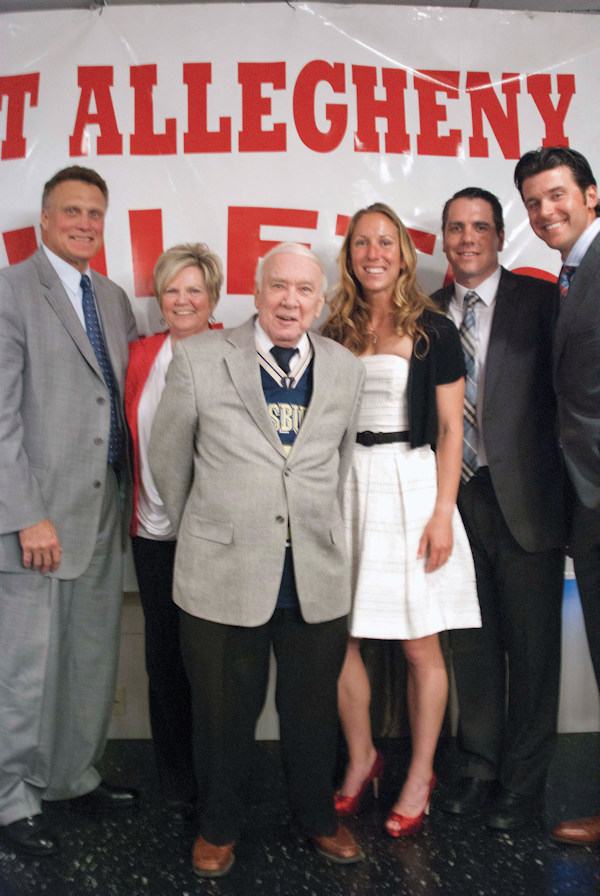