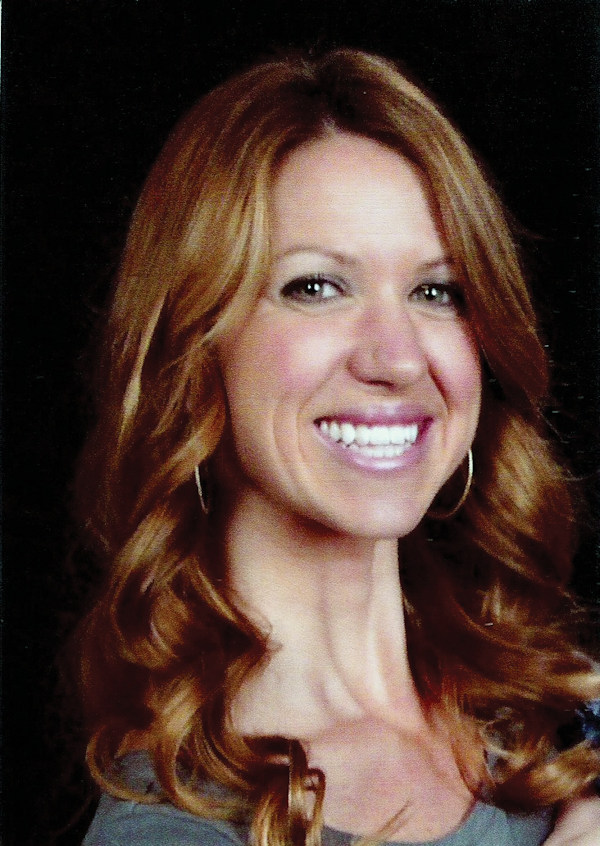 champion in the 100 butterfly. She finished third in the WPIAL in the 100 backstroke. At the state meet, she finished a career-high third place in both the 100 butterfly and 100 backstroke. That season, she also set a school record that still stands for the 100 butterfly.
Due to her success as a student athlete, Yriberri received a number of awards, including the DAR Good Citizen Award, WA Academic Athlete Award, a Society of Women’s Engineers award and the U.S. Army Reserve National Scholar Athlete Award. She was also a Wendy’s High School Heisman state finalist, earned a WPIAL Scholar Athlete Scholarship and was named an all-star achiever by the Pittsburgh Post-Gazette. Four times she was named MVP of her team and an all-state swimmer. In addition to holding a school record in the butterfly, she also set records in the 200 IM and 100 backstroke. Two of the relay teams she swam on also set school records.
After graduating from WA, Yriberri attended Virginia Tech University on a swimming scholarship and majored in aerospace engineering. While studying at Virginia Tech, she swam with the team for two years before experiencing a career ending injury. She served as a student coach during her junior and senior years.
Yriberri went on to accept a program engineering position at Northrop Grumann but returned to Pittsburgh with her husband and now 18-month-old daughter to complete a nursing degree at the University of Pittsburgh.
While reflecting on her swimming career, Yriberri wanted to express her appreciation to the WA Athletic Department and coaches Bob Miller and Angela Post for helping to “mold her” into a successful competitive swimmer. However, she is especially grateful to her parents, Herb and Linda Yothers, and her brother, Tim, for their unconditional love and support.

2006 girls volleyball team
The 2006 West Allegheny girls volleyball team can be described as one of destination and distinction. Capturing their third straight section title, and going undefeated in the process during the regular season, served them well as they entered post-season competition. The WPIAL playoffs were handled by the team with quick precision, but they hit a snag as they lost in the WPIAL finals to Greensburg Salem.
Undaunted, they again qualified for the PIAA Class AA finals at Central York High School, where they came out of pool play to defeat Greensburg Salem in the semi-finals and advance to the championship game. Facing a Brandywine Heights team that had won the District 3 championship was a tall order, but one that did not prove insurmountable for this 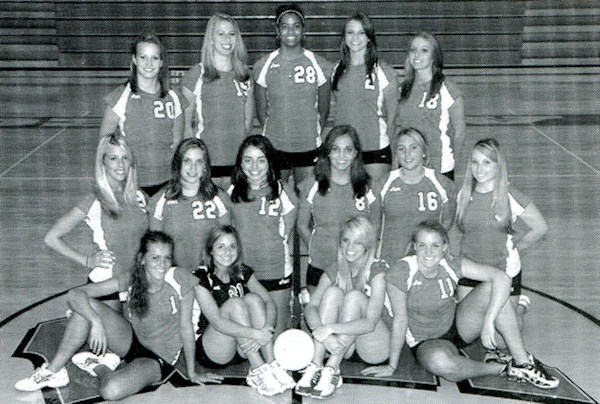 resilient team. By winning that match, the team became just the second state championship-winning team in school history. The first was the 2001 football team. The 2006 girls volleyball team was the first girls team in WA school history to win a state title.
That historic team was led by seniors Courtney Holdreith, Carley Lang, Kristen MacMillan, Chelsea O’Donnell, Amy Palko, Lauren Roberts and Nicole Traupman. Four players on that team continued their athletic careers at Division I college programs.
For this achievement, the 2006 PIAA-winning girls volleyball state champions were nominated and are being recognized as inductees into the 2016 West Allegheny Athletic Hall of Fame. 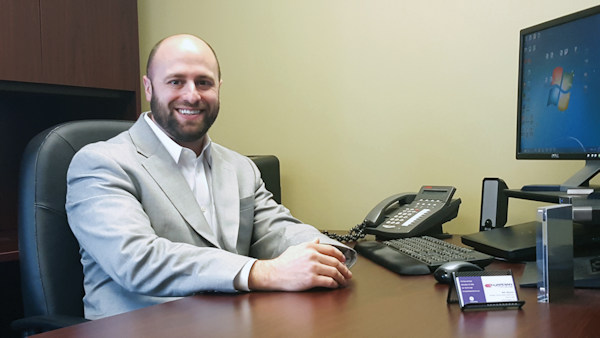 Post Gazette West Top 22, the first team Parkway Conference as a running back, the Allegheny Times All Conference Top 22 and the Tribune Review All Conference first team. He was also a Penn/Ohio All Star participant, a Big 33 Football Classic nominee and an official school nominee for the Norelco Reflex Action Tripleheader Scholarship. Matt graduated from WA as a four-year scholar/athlete. It is plausible that Majocka could have accomplished even more, had it not been for a season-ending ACL injury he suffered during a pre-season football exhibition game his sophomore year.
Majocka went on to play for three seasons at Allegheny College, lettering two of those years. Once again, he may well have accomplished more were it not for yet another season-ending knee injury he suffered his junior season. Majocka graduated as a scholar athlete from Allegheny.
While reflecting on his playing career, Majocka says that while he felt those major knee injuries impacted his overall high school and college athletic careers, overcoming those injuries made him both stronger and more determined. He says he is grateful for his parents’ support. Currently, Majocka and his family are WA residents. He takes great pride in considering himself a lifelong WA booster. In fact, he clearly remembered that head football coach Bob Palko impressed on him and his teammates that they always needed to set a high level of expectation for themselves as players representing their community. Palko encouraged them to eventually return and support future WA athletes to continue the legacy that helped them develop as players in the program.
Majocka says that were it not for Palko, he never would have played football. It was Palko who encouraged him as they sat together one night on Majocka’s family swing talking about the value of playing football. As Palko predicted, football did help Majocka develop the discipline and determination to graduate with honors from WA, gain a scholarship and eventually graduate from a prestigious college.
Majocka is now pursuing a highly successful professional career as a central station manager for Guardian Protection Services. He is raising his own son and continuing to give back to the community, just as Palko stressed he should those many years ago.

William Hager - Athlete
William Hager was nominated for his success as a West Allegheny athlete but is being inducted for how he applied those athletic skills he developed at WA toward a highly successful high school basketball coaching career.
In high school, Hager played three years of baseball at WA. His senior year, he pitched a no hitter, striking out 19 players in a game against Coraopolis High School. He also played for the Little Pirates and was eventually drafted by the Pittsburgh Pirates in 1967. Additionally, Hager played both basketball and football. He was named first team all conference in basketball and earned a Black Hills Conference honorable mention in football his senior year. As a result of his high school athletic success, he received the Dapper Dan Curbstone Coaches Award.
Upon graduation, Hager was offered a baseball scholarship at the University of Iowa and lettered three years during his college career.
Despite his impressive playing credentials, Hager’s induction recognizes the skills he developed at WA and how he applied those skills toward a successful basketball coaching career at Franklin Area, Jamestown and Maplewood school districts, where his teams won a combined 22 conference championships. As a result of his teams’ successes, Hager earned conference coach of the year honors seven times. In 2001, he led the Franklin Area boys basketball team to a PIAA Class AAA state championship, earning District 10 coach of 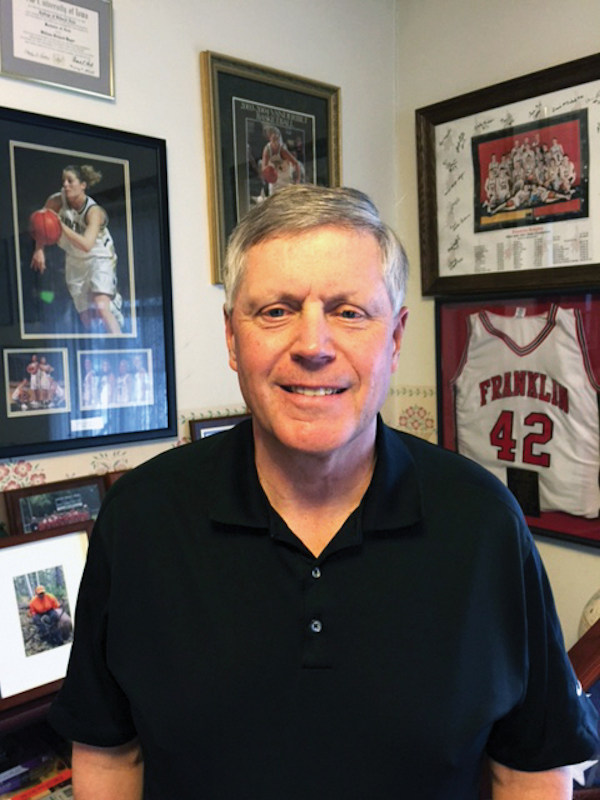 the year and Pennsylvania Big School Coach of the Year honors.
In all, his teams reached the state playoffs 17 times, with four appearances in the final four, seven in the elite eight and 11 in the sweet sixteen. His teams won a combined 672 games and recorded just 273 losses.
Even though Hager did not coach at WA, he says he felt indebted to the coaches who served as role models for him while he was a WA player. Coaches who he felt especially impacted him include Alex Kramer, Ed Sarachine, Joe DeMichela, Charlie Burin and George Schmidt.
As proud as he is of his basketball coaching career, Hager says he is especially proud that he coached three of his four children and that they later went on to their own successful college playing careers. Two of his sons are now also head college basketball coaches, one at Regis College in Boston, Massachusetts and the other Bethany College in West Virginia.
At the present time, Hager and his wife, Maureen, whom he considers “critically important in his life,” live in Franklin. Though Bill retired from teaching eight years ago, and from coaching three years ago, he is still actively involved in coaching basketball through Achieve Your Dreams, an AAU Basketball program, at Edinboro University. His mother still lives in Imperial, where he visits her weekly.

George Allison-Coach/Administrator
George Allison was nominated for his dedication to the development of successful sports programs, initially as a physical education teacher and coach of all sports at Findlay Vocational High School, and eventually as athletic director of the newly formed West Allegheny School District.
Allison graduated from Waynesburg College in 1919 and began his teaching/coaching career at Findlay, where he coached football, baseball and basketball. His basketball teams were especially successful, winning the their section in 1936 and Class B section basketball championships in 1947 and 1949. Between those championship years, he left school to serve as an officer in the U.S. Navy during World War II. After the war, Allison returned to teach and coach at Findlay before becoming the first athletic director of the newly formed West Allegheny School District, where he served until he retired in 1967.
Former students characterize Allison as a role model. Sam Wilkinson states that he would definitely have quit school long before graduation were it not for the fear of losing Allison as a role model. Pete Cain remembers him as a “man’s man” and a “father to everyone.” Fellow 2016 West Allegheny Athletic Hall of Fame inductee Bill Hager refers to him as a “class act.” Allison always expected his teams to handle themselves with pride and be disciplined as players, whether it be on the field or in the classroom. 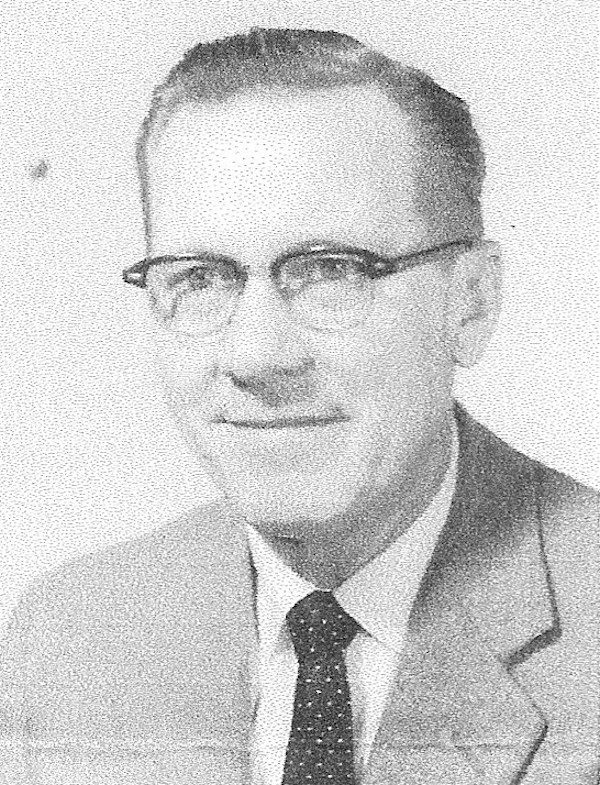 Among his players was his own son, Pat, who played for his dad and earned the title “Mr. Basketball” for his outstanding basketball skills. However, George never gave Pat an A grade because he always felt it would look unprofessional if he gave his own son anything higher than a B grade in his class.